by admin
in Safety

EN388:2003 Protective Gloves Against Mechanical Risk is the globally recognised standard for protective gloves against mechanical risks. AS/NZS 2161.3:2005 mirrors EN 388:2003 and has been reconfirmed in Australia in 2016 and remains current in New Zealand.

EN388:2016 released in November 2016 has replaced En388:2003 in Europe. Testings on resistance to abrasion, tear and puncture are carried out as they were before with minor clarifications to testing procedures and materials. The test results correspond the same way they did in the 2003 version with ratings of 0-4, with 4 being the highest performance level.

The main difference in the 2016 edition is in relation to cut resistance and impact protection. The new version now has two cut resistant methods:

Under the EN 388 glove standard, introduced in 2003, cut resistance is measured with a Coup test machine. A section of fabric is placed in a holder and a rotating circular blade is moved back and forth at a constant speed, pressing down with a force of 5 Newtons. When the blade cuts through, a performance rating from 1 to 5 is calculated from the total distance of travel. The blade gradually loses sharpness, so at the start and finish it is calibrated using cotton fabric. Therefore, the result can be less accurate for gloves with a higher cut-resistance. This test method remains in the 2016 version but is only to be used for materials that do not affect the sharpness of the blade.

TDM is an abbreviation for the equipment used to conduct this test, a tomodynamometer. This test involves a straight blade being drawn across the sample in one movement, with a new blade every time. The ‘stroke length’ before cut-through is recorded for a range of forces and graphs plotted to predict the force required to cut through the glove in 20mm of travel. This force is used to calculate a score from A to F, with F being the highest rating.

Impact verification has been added to EN 388: 2016. The test method is taken from the motor cycle standard EN 13594:2015. The area where the impact protection is claimed to be tested, but due to technical reasons, the area around the fingers cannot be tested.

Glove Markings and Levels of Performance 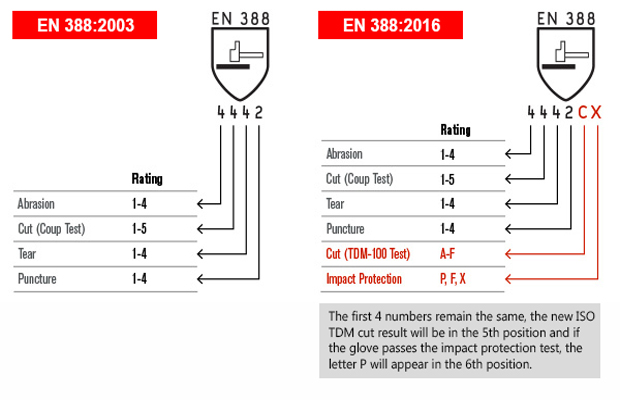 AS/NZS 2161.3:2005 which mirrors the EN 388:2003 version has not been revised to mirror the 2016 edition at the time this blog is written. Elliotts will, however, be progressively testing out cut resistant and impact resistant gloves to these new standards and will be displaying those results on our website in due course.

See our range of Safety Gloves and Hand Protection Gear. For more information and to find the perfect hand protection, contact us today, at 07 3265 2944 or you can use our Contact Form, to request our current safety work glove brochure.

Next month the Australian government is conducting a “Jobs and Skills Summit“. Such consultative events have been held every so...

A new book on workplace psychological hazards and laws has been published. The book “Managing Psychosocial Hazards and Work-Related Stress...

WorkSafe Victoria has actively campaigned against occupational violence for the last few years. The pandemic, understandably, brought the focus onto...

No Result
View All Result