Tokyo 2020 will host about 11,000 athletes — representing more than 200 countries — and they will be staying in 21 residential buildings.

However, not all of these athletes will be in Tokyo for the whole duration of the Games. Organizers say athletes will be expected to arrive in the Olympic Village five days prior to their competition and depart a maximum of two days after.

Even so that presents a significant logistical headache for the International Olympic Committee (IOC) and the local organizing committee.

Added to that is the longstanding resistance to staging the Olympics among the Japanese public.

“Their main concern is Covid-19, but there is also an increasing frustration and anger towards the attitudes and glaring disrespect to people’s lives here by the IOC, the Japanese government, and the organizing committee.”

When contacted by CNN Sport, the IOC referenced president Thomas Bach’s comments at a press conference in Tokyo last Saturday: “Even in Japan, there was never 100% support of the Olympics Games … this is part of democracy, you will always have different opinions,” said Bach.

He later added that he wanted to give the public confidence in the organizers’ “strict Covid measures.”

The Tokyo 2020 organizing committee told CNN Sport that the Games will be “especially meaningful as a message of solidarity and coexistence.”

“The world is facing unprecedented challenges including Covid-19,” it said. “This is an opportunity to show the world the approaches that the city of Tokyo and the nation of Japan have taken to solving these problems.”

‘If you can’t execute the plan, then the plan is no good’

Thursday saw Tokyo record 1,979 new Covid cases, the highest since January 15, and as of Thursday, there have so far been 91 positive cases linked to the Games as those arriving in Tokyo undergo a rigorous testing program.

“The frequent testing is going to mean that we’re going to continue to see cases as they emerge, which is the way the system should work,” Tara Kirk Sell, a former Olympic swimmer for the USA and now assistant at Johns Hopkins Bloomberg School of Public Health, tells CNN Sport of organizers’ plans to contain the virus.

“The real question that remains is: will these measures be put in place in a way that makes them work? It’s all about implementation. If you can’t execute the plan, then the plan is no good.”

Earlier in July, a decision was made not to have spectators at venues in Tokyo and several other prefectures, while 85% of athletes participating have been vaccinated against Covid-19. 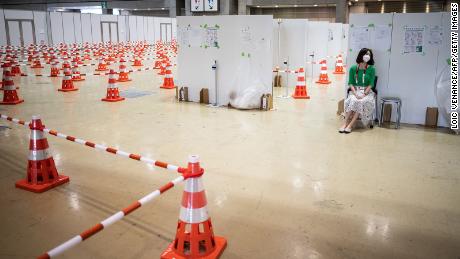 A whole host of countermeasures have been put in place, such as rules around mask wearing, personal hygiene, social distancing in and around venues and the Olympic Village — where most of athletes are accommodated — and an app to log the health status of attendees.

Athletes have strict arrival and departure dates around their events and can only leave the village to go to Games venues and other limited locations. Media commitments have also been reduced.

Bach has called Tokyo the “best ever prepared city” to host the Games, and that organizers have spared no effort in making sure the Games can be held safely and securely.

“The spread of the virus outside the ‘bubble’ because of the Olympics has already begun,” adds Itani. “Given the Delta variant is becoming the dominant strain in Tokyo, this can quickly escalate.”

Some athletes are also having to come to terms with the devastating news of a positive test, either before or after arriving for the Games.

“I am heartbroken … my Olympic journey ends here,” Dutch skateboarder Candy Jacobs wrote on Instagram this week after testing positive in Tokyo. “I am feeling healthy and have done everything in my power to prevent this scenario and took all the precautions.”

For athletes competing, the Games will clearly have a very different complexion compared to others, most prominently because of the absence of fans. 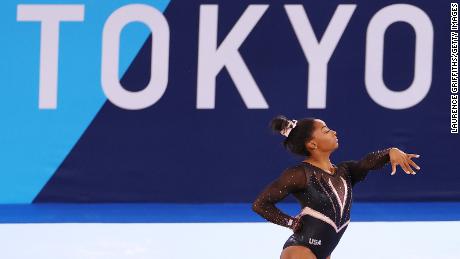 In athletics, there has been a string of new world records in the build-up to Tokyo, including Karsten Warholm’s in the 400-meter hurdles, Ryan Crouser’s in the shotput, and Letesenbet Gidey’s in the 10,000-meter, which bettered Sifan Hassan’s world record from two days previously.

Skateboarding, karate, sport climbing and surfing have all been newly added to the Olympic program in Tokyo, while baseball and softball are returning.

The absence of spectators, which will be the case at 97% of competitions, is an unprecedented occurrence at the Olympics, with “virtual cheering” and a screen for fans to send in selfies and messages being used instead.

Takeshi Niinami, CEO of Japanese beverage company Suntory, told CNN Business that the decision to bar spectators will lead to an “enormous” economic loss, while Itani warns that the Games will leave Japan “billions of dollars” in debt.

Athletes will have grown used to Covid-19 countermeasures like repeated testing and venues without fans, both of which have been in place at sporting events throughout the pandemic. The circumstances are likely to affect all competitors differently.

“The thing for athletes is really to try to stick to your routine and stick to your process,” says Sell, who won a silver in the women’s 4×100-meter medley relay at the 2004 Olympics.

“I think that there will be things that may throw people off. Not having a crowd is going to be strange for a lot of people, but for others, it may just be a lack of distraction and being able to focus more closely on their event. We’ll have to see how it works out.”

As for some of the athletes who won’t be at this year’s Olympics, there will be notable absentees in the tennis competition with Roger Federer and Rafael Nadal both pulling out through injuries; Coco Gauff had to withdraw after testing positive before traveling to Tokyo, while Serena Williams has decided not to compete.

Some sports, including baseball, softball, football and shooting, have taken place in advance of Friday, the day of the opening ceremony.

After that, events come thick and fast. For the next 16 days, it will be down to the athletes to try to bring light to what has been a troubled Olympics with a complicated and protracted buildup.

Read More:Overshadowed by Covid-19, athletes are left to bring light to troubled Tokyo