Health authorities should revisit the policy on mandating face shields as suggested by Manila Mayor Francisco “Isko Moreno” Domagoso. Even though he did not make an articulate and compelling argument, his idea should not be dismissed outright.

To be clear, we do not believe that face shields are an unnecessary expense as the mayor claims. Health Secretary Francisco Duque 3rd and others are correct in citing scientific studies and reputable journals like The Lancet that say wearing both masks and face shields offers better protection against Covid-19.

To be precise, though, some studies seem to be more concerned about protecting the eyes from contamination rather than the whole face. Certainly, none of the studies claims that wearing both a mask and a face shield is foolproof. It seems noteworthy to add that health experts made other key recommendations, such as avoiding crowded places.

In fact, wearing face shields makes sense whenever people cannot observe physical distance – when riding in public transportation, for instance, or when working indoors, such as offices or even classrooms. And of course, medical frontliners and others who are likely to encounter people with Covid-19 should wear face shields along with the full gear of personal protective equipment (PPE). 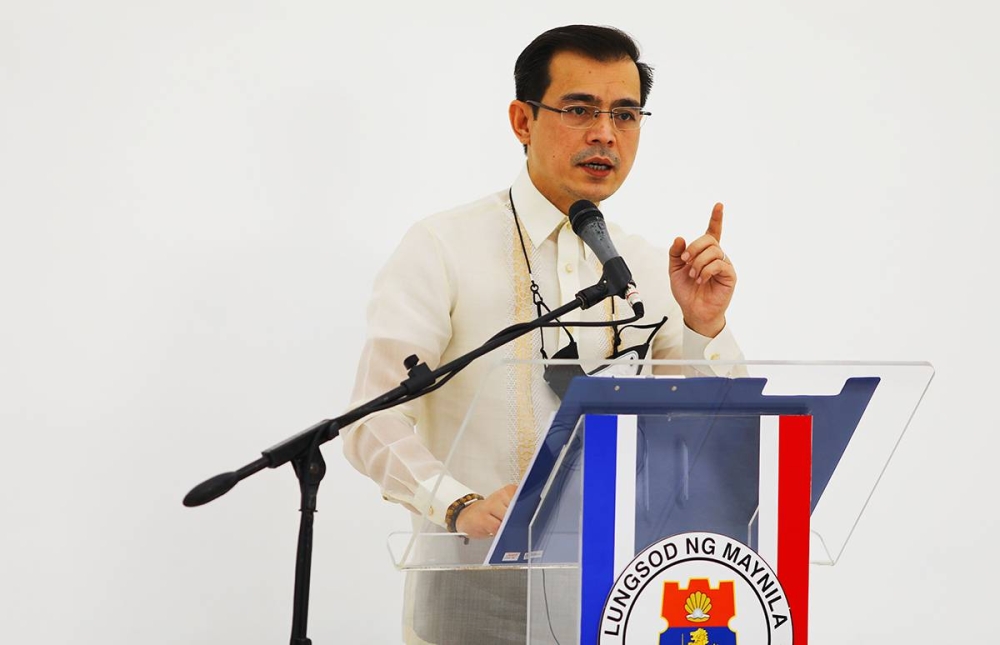 The question is, should people be legally obligated to wear face shields in public, particularly outdoors? Or should the government, instead, recommend them only in certain situations or for people working in enclosed spaces with others?

The argument based simply on “which is safer” seems incomplete. If the objective is maximum protection, then the policy should be for everyone to wear PPE in public. Obviously, policies need to be practical to encourage compliance.

It would have been more compelling for Mr. Domagoso to question the marginal utility offered by face shields. Does wearing them provide enough additional benefit to support the policy making them compulsory?

That may be harder to answer given that face shields were required even when new daily cases surged before Holy Week and have remained high since then. Also, the positivity rate is still elevated, nearly triple the 5-percent threshold recommended by the World Health Organization. That suggests that health authorities are unable to detect many of those who have been infected.

Clearly, there is something wrong. But it seems unfair to pin the blame on the general public’s lack of compliance. First, Covid-19 is a highly transmissible virus, and so, there is its nature.

Second, the national government is not without some faults despite its claim of doing a good job. While we accept that people became complacent, especially when cases appeared to be receding, we also noticed that the government lifted its foot off the pedal, so to speak. There was no increase in testing capacity and improvement of contact tracing when cases were low. In fact, it seems fair to mention that the government has been merely reacting to situations since the beginning of this health crisis rather than being proactive.

Now, when the authorities invoke science in defending their policies, they should go beyond virology. One could argue that wearing face shields can lead to a moral hazard problem. For instance, some may ignore the risks of mingling with other people because they feel reassured by having the added protection of face shields. If science is to truly dictate policymaking, the authorities should also consider all its fields, including psychology and human behavior.

Of course, Mr. Domagoso also alluded to some practical points. He should have argued that the cost of enforcement may be impractical because based on observation, most people do not wear face shields properly – if they have one at all. This seems true even among Cabinet officials during their regular televised meetings with President Rodrigo Duterte.

For the record, we also believe that wearing face shields offers better protection from the pandemic. But we are less certain of their benefit when people are outside, where wearing masks properly and maintaining physical distance seem adequate.

Of course, we should also hasten the vaccine rollout. Inoculating more people seems like a better use of time and resources than enforcing questionable policies.