SEARCH FOR PATIENTS:
Local governments would be offered an equipment subsidy of NT$200,000, as well as NT$500 for each case, in addition to other financial incentives

One of the most important tasks is to find all the people who have been infected with COVID-19, said Minister of Health and Welfare Chen Shih-chung (陳時中), who heads the center, adding that the subsidies would help achieve that goal. 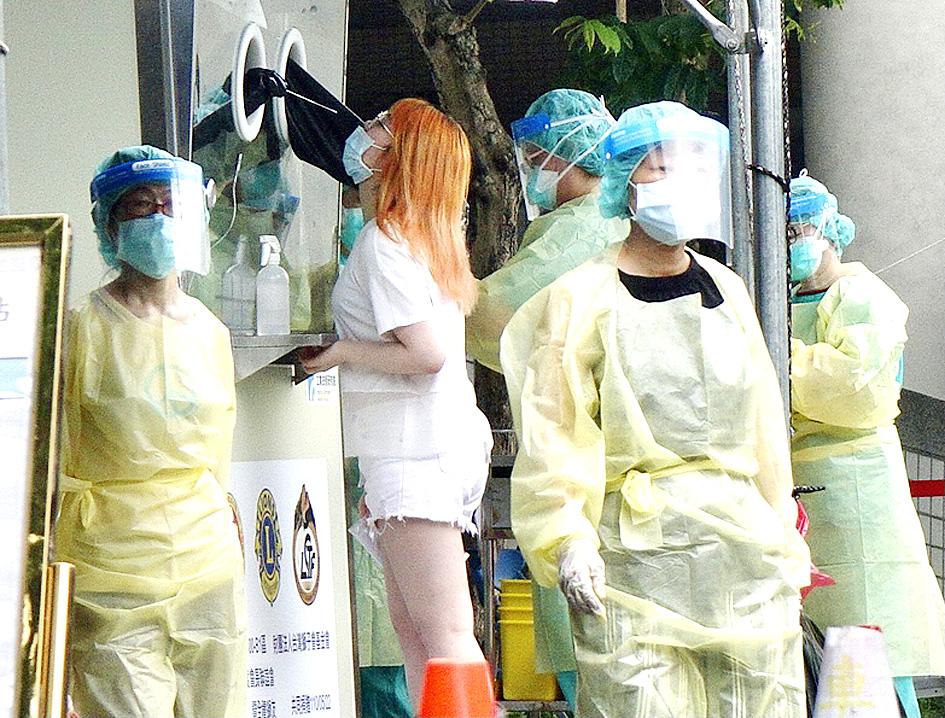 To preserve hospital capacity, community testing stations should be set up at community-based health centers or healthcare facilities other than advanced emergency responsibility hospitals, and they should have good air ventilation, Chen said.

The main recipients of tests should be asymptomatic people who had come into direct contact with confirmed cases or who had visited hotspots, he added.

An equipment subsidy of NT$200,000 would be offered for each station, while the subsidy for administrative costs — including registration, testing and reporting fees — would be NT$500 for each case, Chen said.

The subsidies for administrative personnel and a cleaner at each station would be NT$2,000 per person per day, he added.

As the local COVID-19 situation is serious, demand for PPEs has greatly increased, Chen said.

The center has distributed more than 49 million medical-grade masks and other protective gear to healthcare facilities and local governments this month, he said.

However, if healthcare facilities need more PPEs and have not received a response from local health departments, they can directly contact the CECC, and the center would immediately provide them with PPEs, he said.

From May 3 to Thursday, about 45,08 million medical-grade masks, 2.4 million N95 respirator masks, 1.61 million isolation gowns and 270,000 coveralls have been distributed, CECC statistics showed.

In addition to increasing the frequency of PPE deliveries to central government agencies, local governments and healthcare facilities, the CECC would also consider the number of quarantine hotels and confirmed cases, and distribute extra PPEs to local governments accordingly, it said.

The PPE distribution data would be published on the Centers for Disease Control’s Web site starting tomorrow, it said.

Comments will be moderated. Keep comments relevant to the article. Remarks containing abusive and obscene language, personal attacks of any kind or promotion will be removed and the user banned. Final decision will be at the discretion of the Taipei Times.