PA officials recognize the PA Farm Show complex isn’t ideal to store the stockpile. But, they claim it’s a designated emergency area & it could cost $5M to move.

HARRISBURG, Pa. — As debate continues over where to move Pennsylvania’s $51 million stockpile of personal protective equipment, state officials allowed FOX43 the opportunity to view the boxes inside the PA Farm Show Complex that they said continue to fuel health systems statewide throughout the pandemic.

The location of the PPE was once kept secret for security reasons until a now viral photo revealed its storage inside the complex.

State leaders stress the stockpile is still currently supplying health providers with PPE and the current PPE inside the PA Farm Show complex represents around 2 months worth of supply for the state. State leaders said the goal is to keep a 60-day supply of PPE stockpiled at all times in Pennsylvania in preparation for future pandemics or disasters.

Why is it in the PA Farm Show?

State officials stress the PA Farm Show has long been designated as an area to utilize in state and federal emergency management plans that date back as far as 2008.

However, state officials acknowledge the PA Farm Show is not an ideal place for the 350,000 square foot stockpile as it lies within a flood zone and it limits the ability for the complex to host other events.

“The site was never intended to be used as a long-term warehouse. The current disaster is unprecedented as you know in terms of its scope and its duration,” said Curt Topper, Pennsylvania’s Secretary of General Services.

To rectify the issue, state emergency leaders said $5 million dollars would need to be approved in the budget by lawmakers in order to lease a new facility that would be able to house the 350,000 square feet of space.

All of the PPE in the stockpile has been provided by the federal government, through donations, or were items purchased by the state that are eligible for full federal reimbursement. The stockpile started as PPE was running low in the state and as materials were being ‘rationed’ during the height of the pandemic.

“It’s very, very important to think about this in the context of where we were a year ago when we had no inventory and when we had extraordinary demand and quite literally we had people dying,” said Topper. 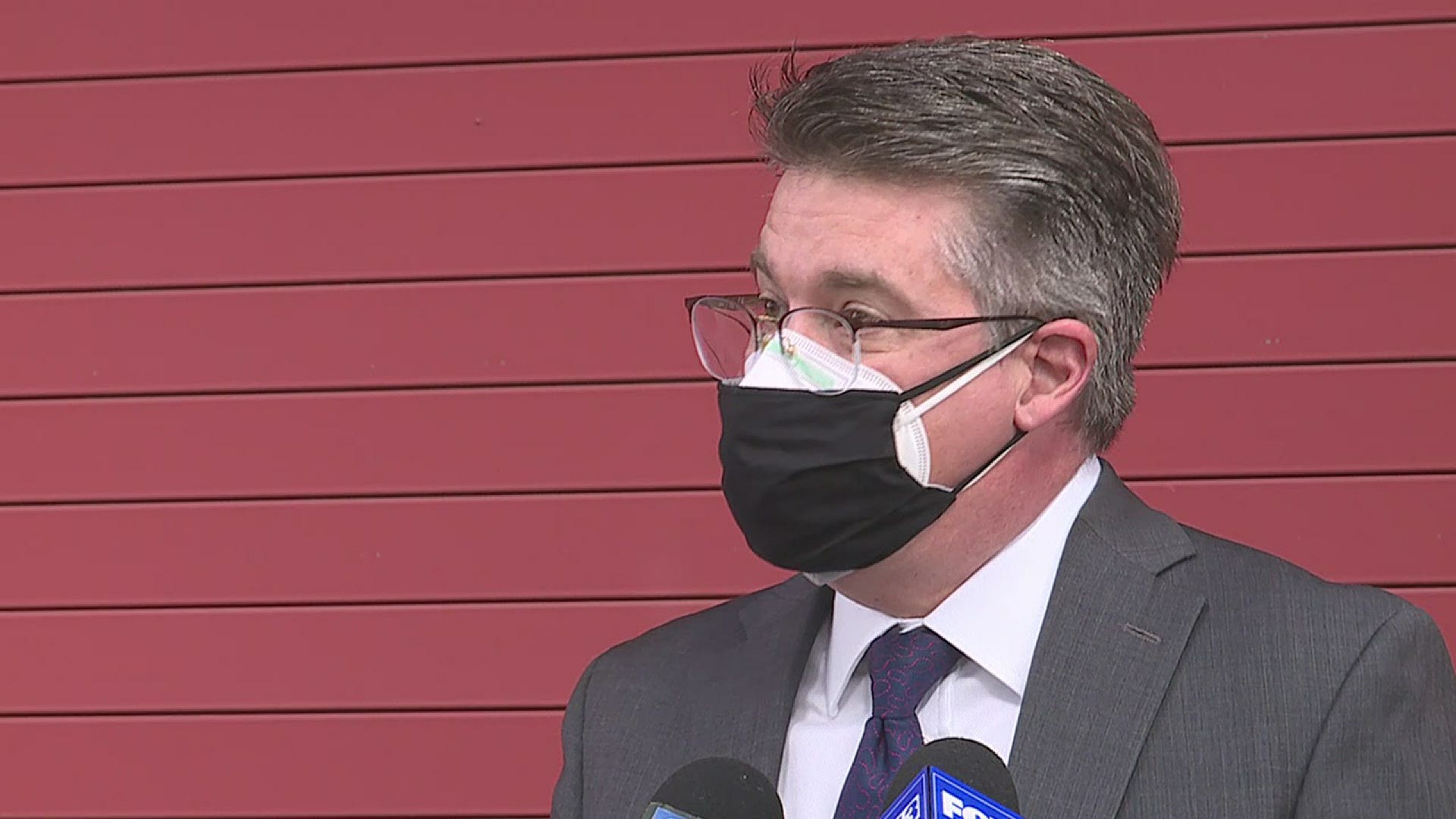 Why would it cost $5 million to move?

Emergency leaders are asking the General Assembly for $5 million in the PA Department of General Services budget to move the PPE and lease a new 500,000 square foot facility that would accommodate the 350,000 square foot stockpile.

The $5 million proposal includes the cost of the move, personnel, equipment, and the cost of the lease. When asked the location of that possible new facility, Topper said “I’m not at liberty to tell you.”

“Our request is similar to requests that have been made of General Assembly’s in at least 38 other states. All other state governments are facing this problem today. We are all trying to prepare and make sure that we’re prepared at a state level for the next disaster,” said Topper.

The state said it is planning to rely on federal support in order to support the move. However, Topper said they do need within the state budget an ongoing funding source to maintain the stockpile in future years. 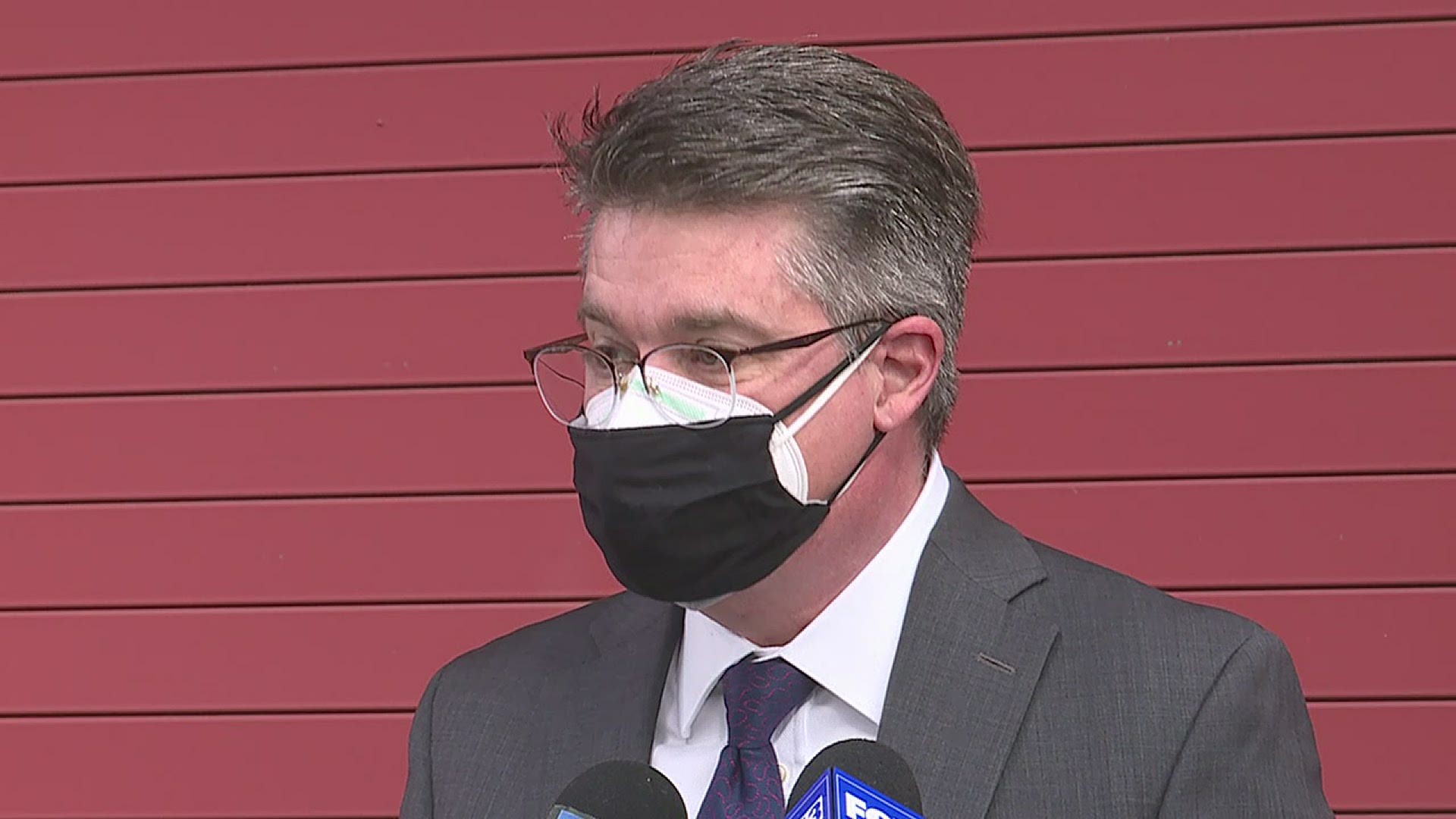 Why can’t the state use existing facilities it already has to store the PPE?

“We have assessed other state-owned properties. We do not currently have available warehouse space available in the Commonwealth property inventory that would be correct for this purpose,” said Topper.

PA leaders say the stockpile isn’t just sitting there- it’s being used to supply healthcare, education facilities, & vax sites. But, it needs somewhere to go long term. So, why can’t they just use existing sites in the state? Listen, and read more @FOX43 https://t.co/GMN8d3xZ48 pic.twitter.com/mQNQSiS1DZ

When will the stockpile be moved out of the Farm Show and is the PPE stockpile preventing other events from happening?

Due to ongoing COVID-19 safety regulations, events have not been readily held at the Farm Show during the pandemic. However, the state acknowledges as vaccinations roll out they would like to remove the PPE ‘as soon as humanly possible.’

If the $5 million is approved by lawmakers in the budget this summer, state officials hope to have everything moved out of the Farm Show by fall of this year.

State officials estimate it will take 3 months to move all of the PPE once the funding is approved. 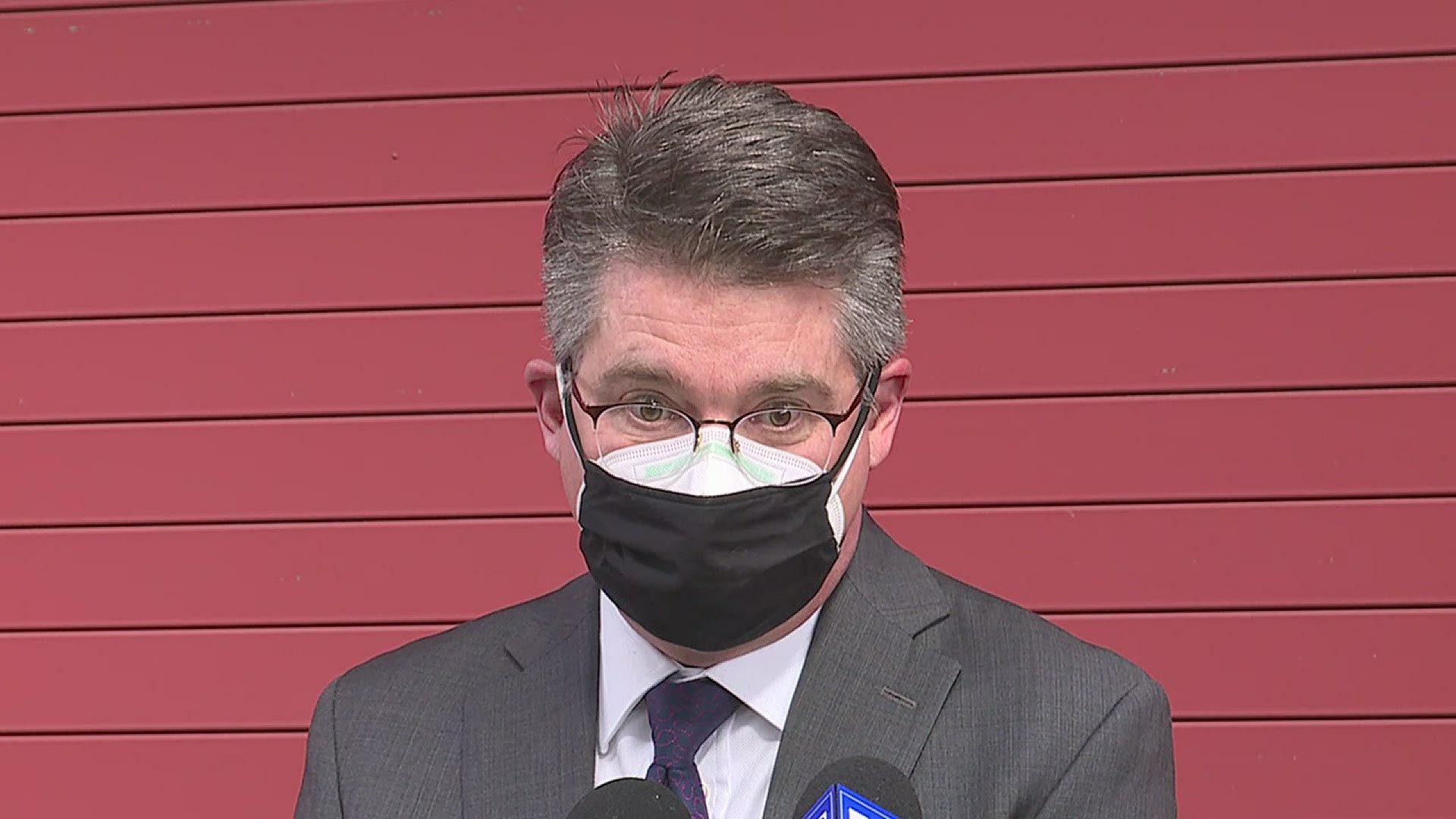 How much is inside the PA Farm Show and how much has been distributed?

State health officials have $51 million dollars worth of PPE stockpiled. The PPE is not only used for health providers, but also for vaccination and educational sites.